Is Being A Perfectionist Making Your House Messy?

It sounds ridiculous, but it is true.  Being a perfectionist can make your house messy! 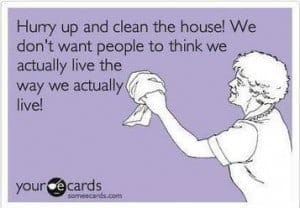 Perfectionists are often the best procrastinators because they can easily justify putting something off until they can do it “right”.  “Why bother doing something if you can’t do it right”.  Yes, I hear that often.  “I’ll organize my bedroom when I buy a better dresser”, “I’ll organize those papers when I have time to setup a proper filing system”, “I”ll organize the kids toys when I buy some new storage units”, “I won’t have storage issues when I move to a bigger house someday”.  Perfectionists always have a million excuses why doing it right now won’t work.

The problem is that there is never enough time in the day, or money in the bank to do everything “right” all the time.  What you are then forced to live with is piles of good intentions and often tension and resentment between family members.  A perfectionist often criticizes the way other family members clean and organize while never having the ability to do it “right” themselves either.   This can stress even the strongest relationships.  The perfectionist doesn’t understand why their partner can’t do it “right” and the partner is feeling resentful that the perfectionist isn’t doing anything but criticizing.  That often adds up to a messy and stressful home.

There is something to be said for “Good Enough” .   Don’t have time to set up a proper filing system? Simply get a basket for “Bills to be Paid and Papers to Deal with ASAP”.   Put paid bills and other stuff in a banker box labeled “Important Papers” and toss them in their for now.  At least they are off your counter top and you can deal with them when you have more time.  It isn’t perfect, but it is fast and effective.

Clothes EVERYWHERE? Use a bin system on your bedroom floor until you get the hang of this whole “putting clothes away” thing.   Buy some dollar store canvas bins and label them “shirts, pants, underwear, socks, pajamas etc.   Literally “toss” your clothes in.  I know what you are thinking “ARE YOU SERIOUS?”  Why not just put them away? Well my friend, if it was that easy for you, they wouldn’t be all over the floor now would they?

It’s all about letting go of control and embracing “good enough” when it comes to organization.  Yes, it isn’t EXACTLY what you envisioned but it is easy, fast and attainable.  Encourage others to help you without barking orders or criticizing them.  You may be surprised to find that  just because it isn’t done “your way,” doesn’t mean it isn’t done “right”! 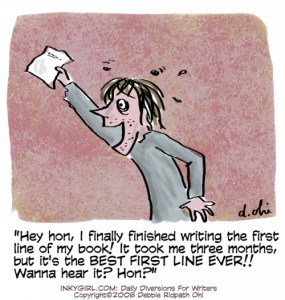 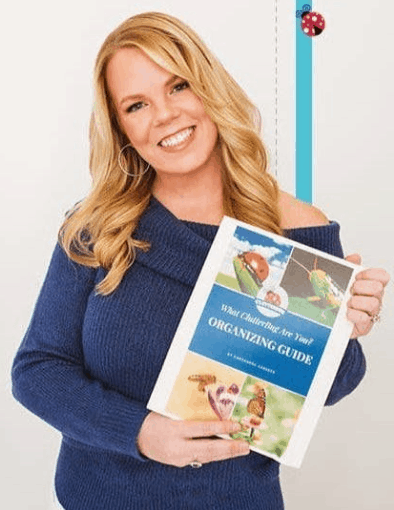 Learn more about your Clutterbug style

GET YOUR FREE CLUTTERBUG EBOOK